"The collection is not only important to us as part of world heritage, but it's critically important to the descendants of the people who worked with the Jesup Expedition."

[OLD RECORDING OF A SHAMAN SONG]

Fade in to a snowy landscape. The Aurora Borealis plays in the sky. In the foreground are shamans with drums, cut out from old archival photographs.

LAUREL KENDALL: A shaman is a master of the spirits.

People, reindeer, and tents appear behind the shamans.

KENDALL: The word comes to us from the language of the Even, reindeer herders living in Siberia.

KENDALL: A shaman is someone able to travel into spirit realms and come back with knowledge, to go down into the underworld.

Close up of shaman's coat made of hide and covered in hundreds of pieces of metal.

[METAL CLANKS AND CLINKS WITH ECHO]

KENDALL: If you look at the shaman costume of the Sakha people you will see that it's bedecked with a great deal of metal.

Three shamans superimposed on colored circles. Below the horizon line is the hide and metal of the shaman coat. Above the horizon, black storks fly through the sky.

KENDALL: The metal is a conductor of magic. Some say the bits of metal represent the bones of birds,

KENDALL: so that the shaman when he flaps the arms of the costume is able to fly through the sky.

Drawers in the Anthropology Collection open to reveal objects.

KENDALL: Here in the Asian Ethnographic Collection we have an amazing trove of materials from Siberia related to shamanic practice.

Kendall sits in Objects Conservation Laboratory, surrounded by objects from the Siberian collection, including a fish skin robe, and a shaman coat and drum.

KENDALL: I'm Laurel Kendall. I'm an anthropologist. And here we are in the Conservation Lab of the Division of Anthropology where our conservators have been working on material collected by the Jesup North Pacific Expedition more than 100 years ago.

Hand-drawn map of the north Pacific Ocean, Alaska, and Siberia. A portrait of anthropologist Franz Boas, and an archival image of the Museum are superimposed near the East Coast of the United States.

KENDALL: The Jesup North Pacific Expedition was probably the most ambitious anthropology expedition of all time. It was the brainchild of Dr. Franz Boas, the founder of American anthropology, and for many years a curator in this museum.

Shimmering waves appear in the Pacific Ocean area of the map. Portraits of Jesup Expedition members appear over North America and Siberia.

KENDALL: His idea was to send teams of scholars to do research on both sides of the Bering Strait—one on the American side one on the Russian side—

Lines connect the Siberian and Alaskan coasts. A question mark in a circle appears.

KENDALL: and have them explore the question of who came over the strait when. They would do this by looking at the cultures of then-living peoples.

Various objects from the Siberian collection appear, including a highly decorated coat, a wooden cup, a birch bark box, and a pair of gloves.

KENDALL: On the Siberian side, their mandate was studying people's life ways, collecting objects.

"Yukaghir-English Vocabulary" list appears, along with images of wax cylinders.

KENDALL: They were taking lists of vocabulary, and recording songs.

KENDALL: They took a lot of photographs. They took hundreds and hundreds of front view and side view. This was a method in the day when people thought that they were studying different biological types.

The frames around people's faces disappear. Faces of different people fade in and out.

KENDALL: But you know, when you look at the faces of some of these photographs, you don't see what you see in- in many other places – very stiff, very clinical. We get some sense of the- the person, the- you know, the- the living human being with an imagination, with a sense of humor, perhaps, behind the photograph.

KENDALL: The Soviet era was a hard time for Siberian peoples. The shamans were persecuted and there was a fear that native culture might be lost.

KENDALL: But once there was an opening,

Images appear of consultation between Siberian people and scholars and Museum anthropologists and conservation staff.

KENDALL: we began to be contacted by native scholars from the Russian Far East. And we have had many visits, and some truly wonderful things have happened.

KENDALL: The Jesup Collection is important not only to us, as part of world heritage, but it's important— critically important—to the descendants of the people who worked with the Jesup Expedition.

Notes on the Jesup Expedition

The Jesup North Pacific Expedition (1897–1902) was conceived and directed by Franz Boas, the founder of American anthropology. The expedition aimed to investigate the links between the people and cultures of the Pacific Northwest Coast of North America and the eastern Coast of Siberia. Boas was also concerned about documenting cultures that he and many other anthropologists feared would soon be lost to colonialism and acculturation.

“The people who worked on the Siberian side were a colorful lot,” says curator Laurel Kendall, who oversees the Museum's Asian Ethnographic Collection. Berthold Laufer, the first researcher sent out, was a German academic who had mastered a number of languages, but was new to fieldwork. Waldemar Jochelson and Waldemar Bogoras were Russian revolutionaries and intellectuals who had been exiled to Siberia, and Jochelson’s wife, Dina Jochelson-Brodskaya, was a medical scholar who accompanied her husband to the field. She was responsible for collecting data and capturing photographs that documented the cultures of the region’s Koryak, Yukhagir, and Sakha peoples. 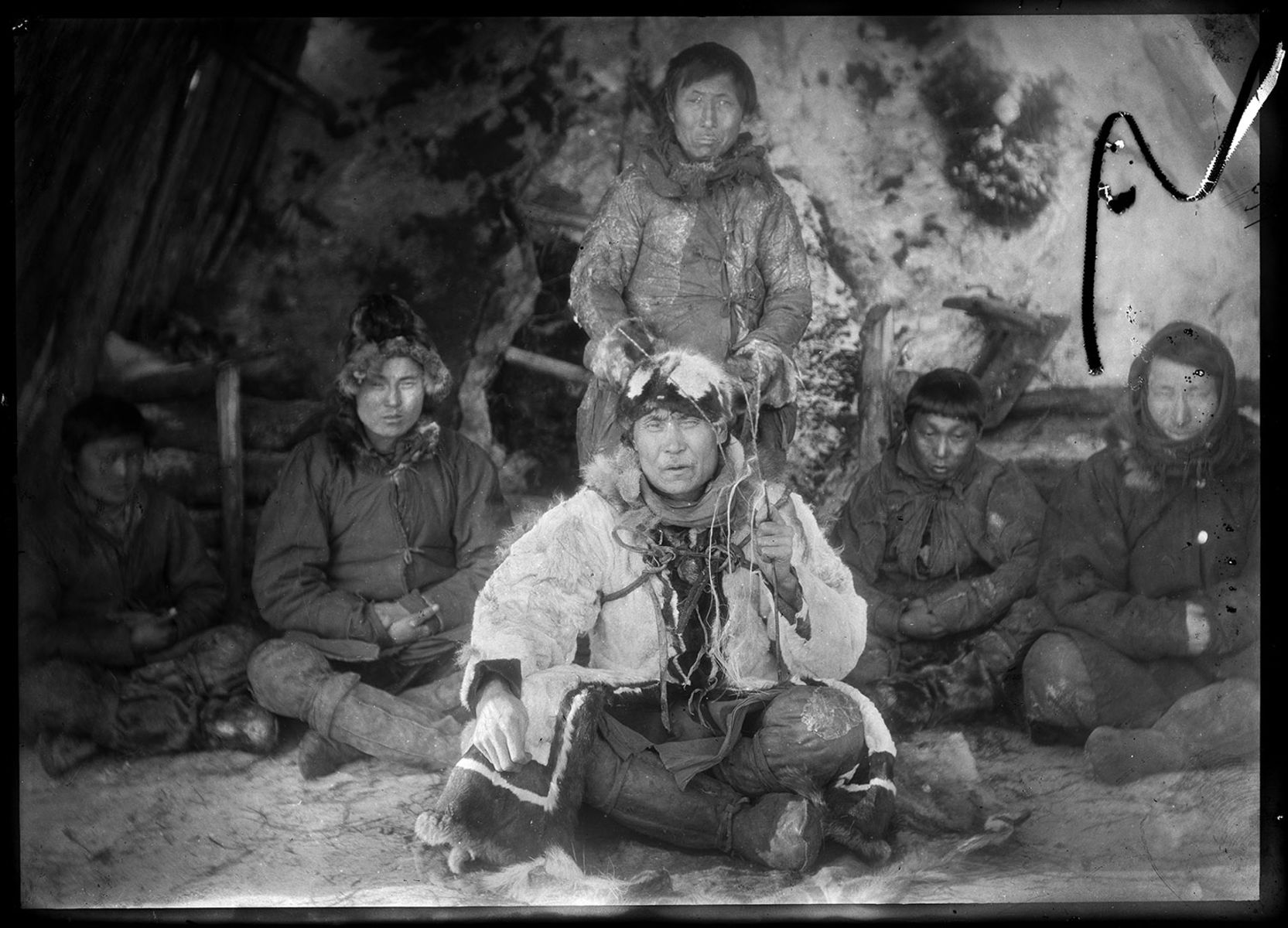 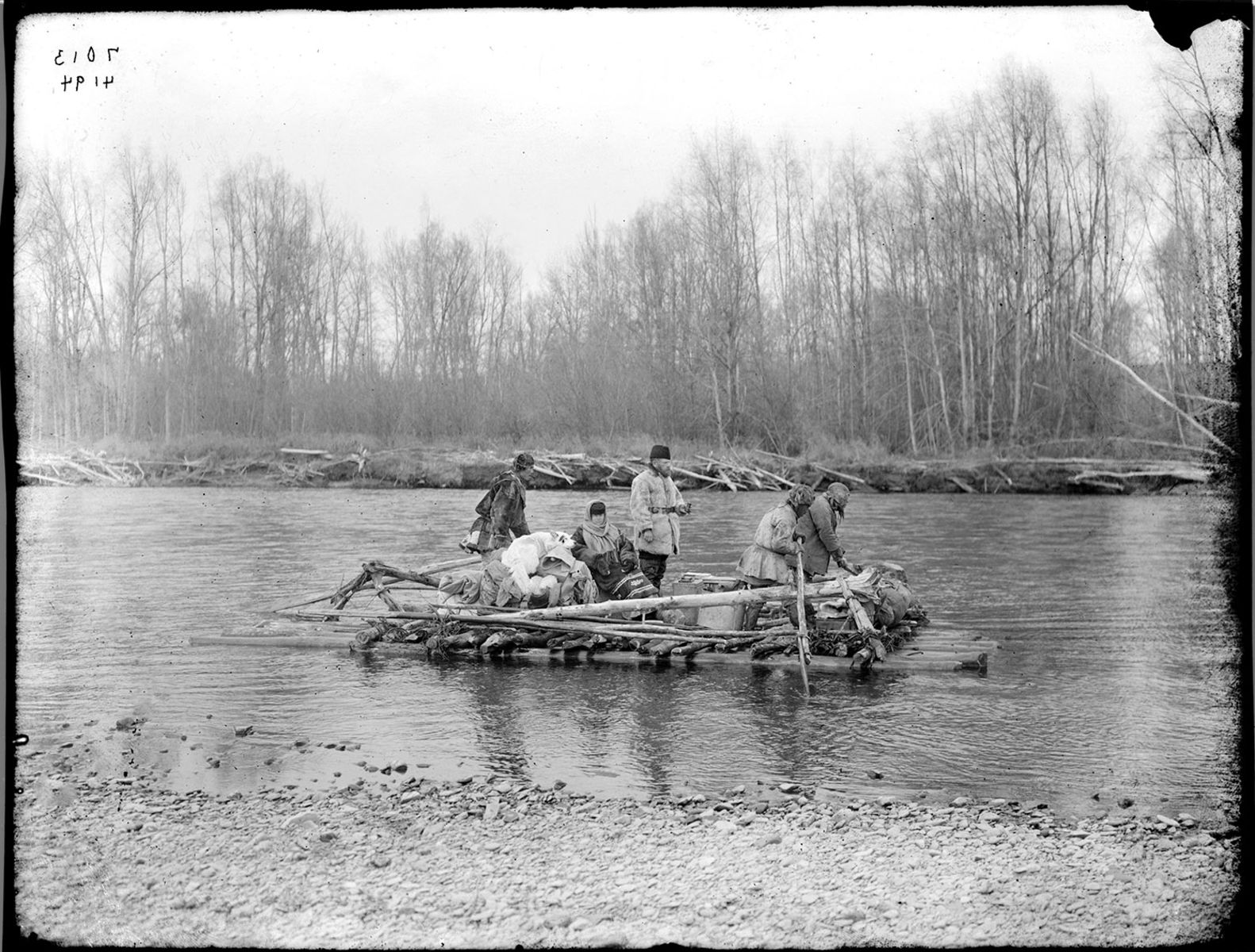 Waldemar Jochelson, his wife Dina Brodsky, and their field party at the start of their raft trip down the Korkodon River en route to Verkhne-Kolymsk, 1901. 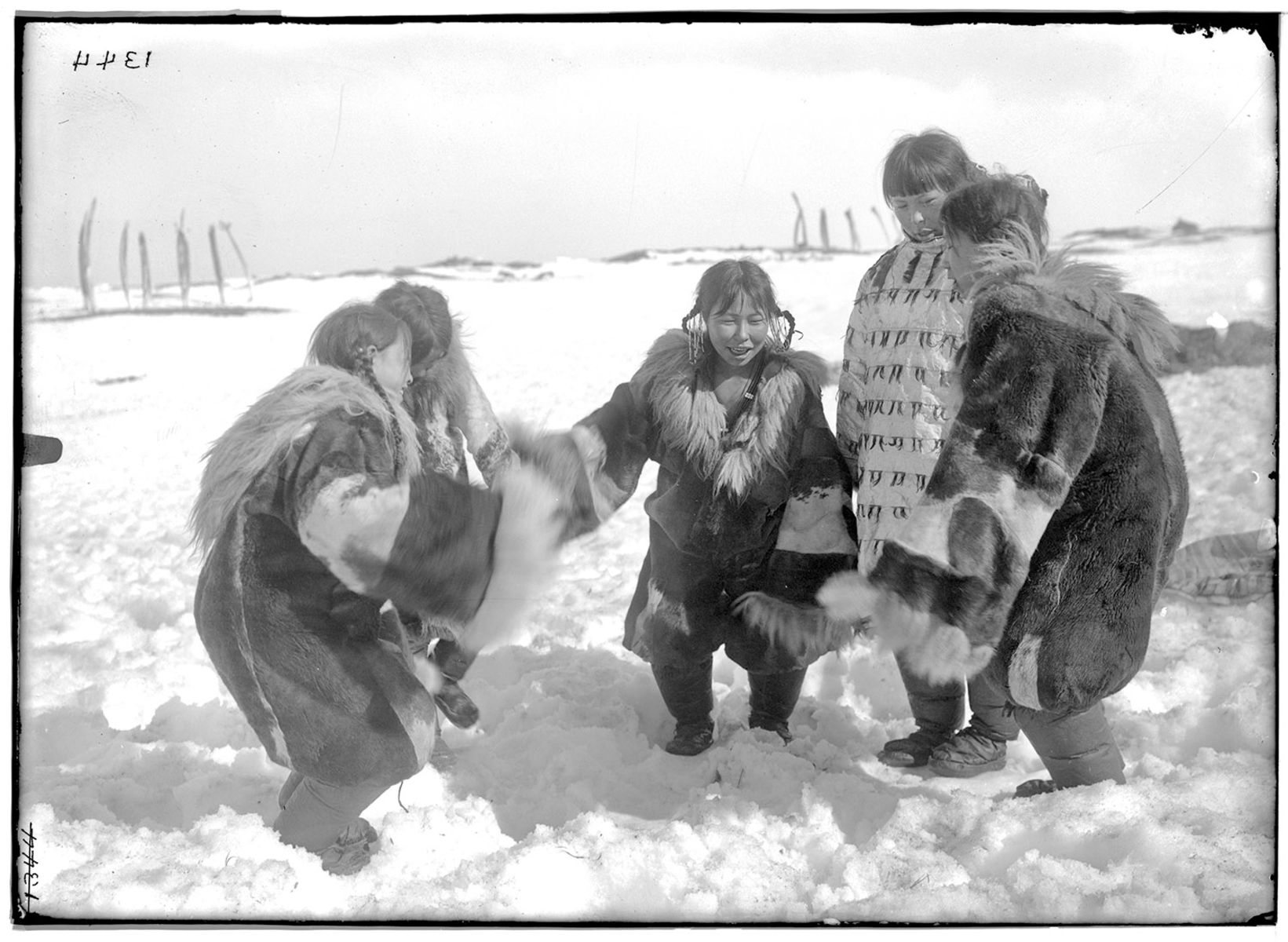 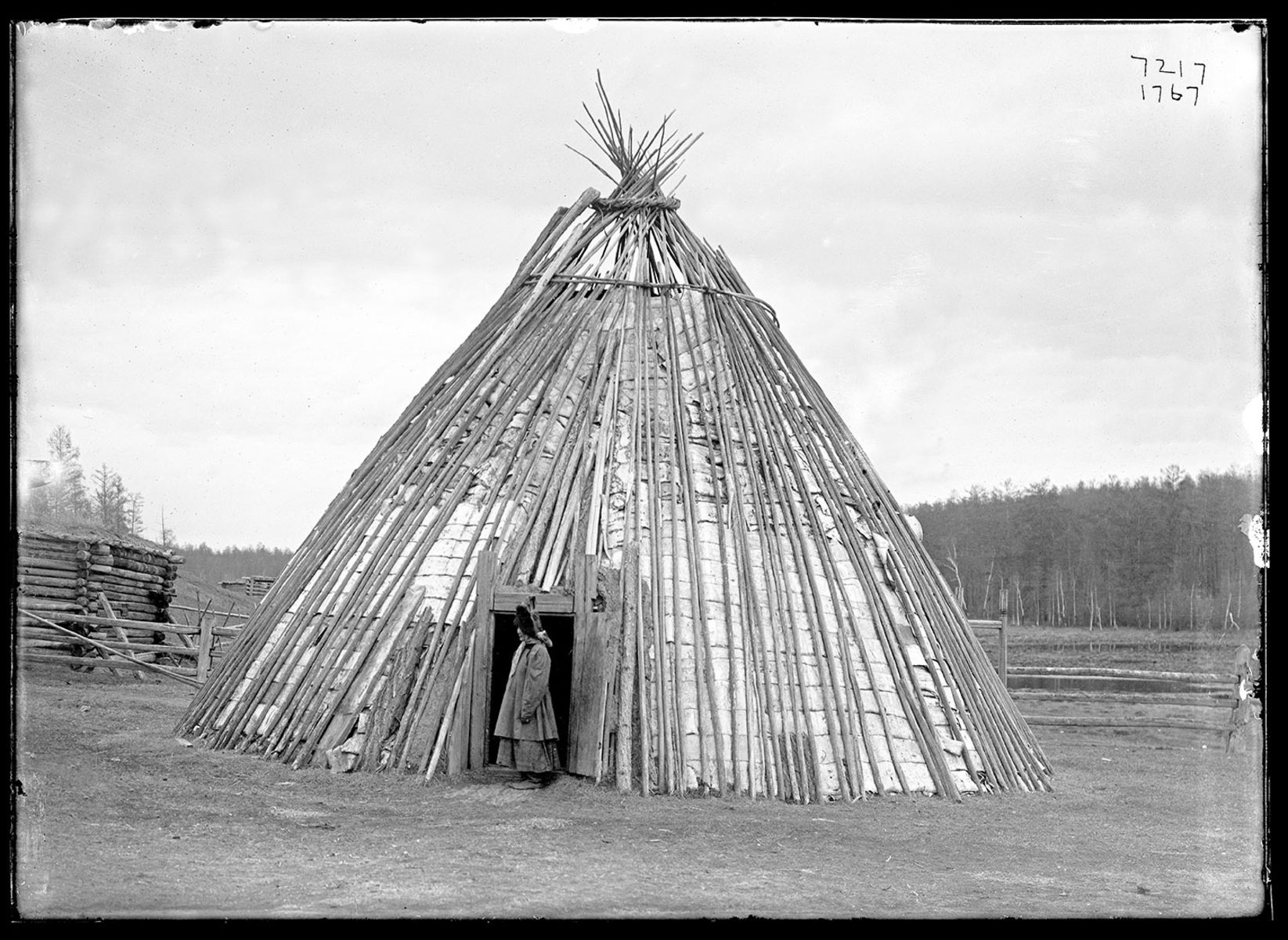 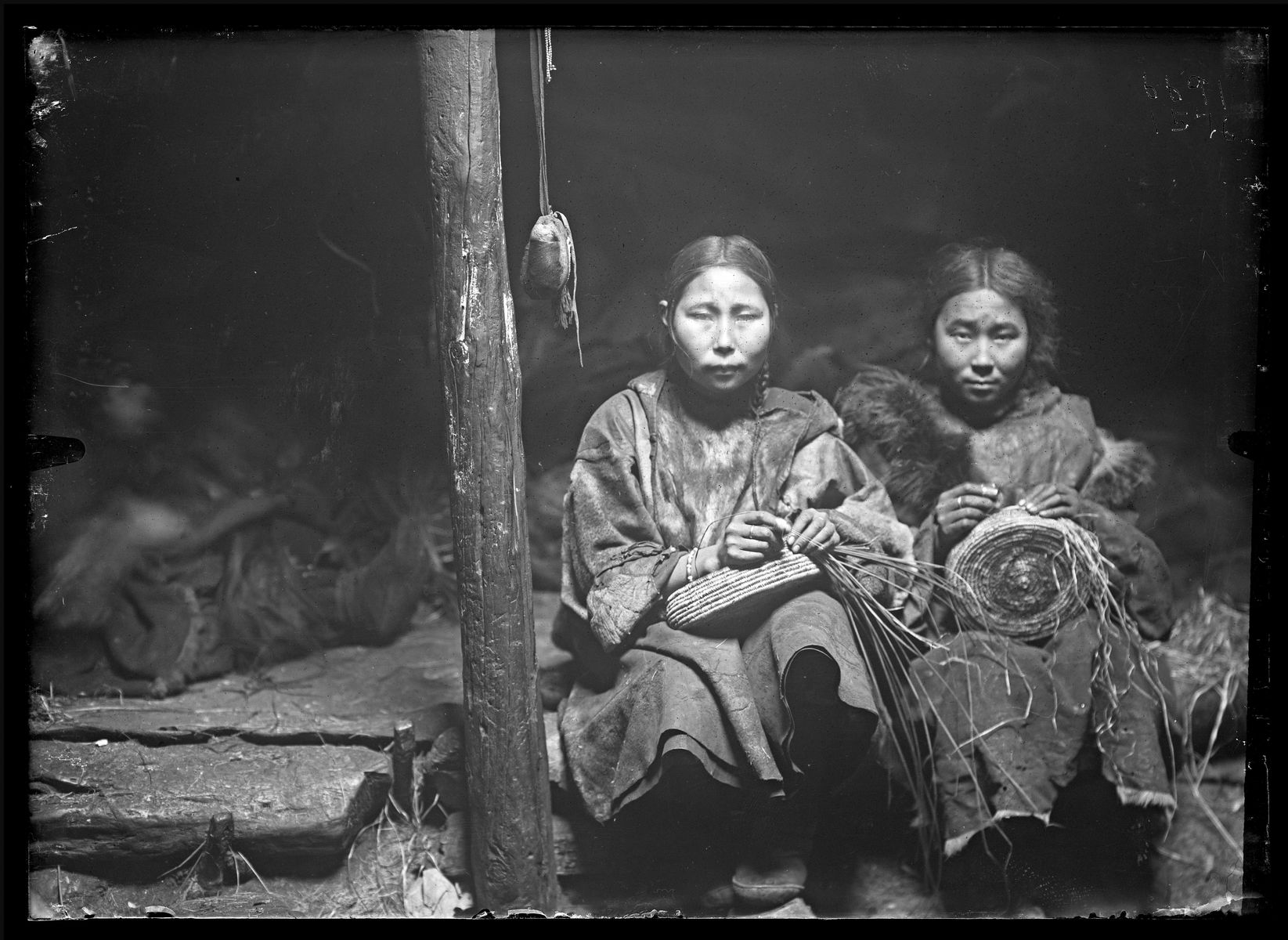 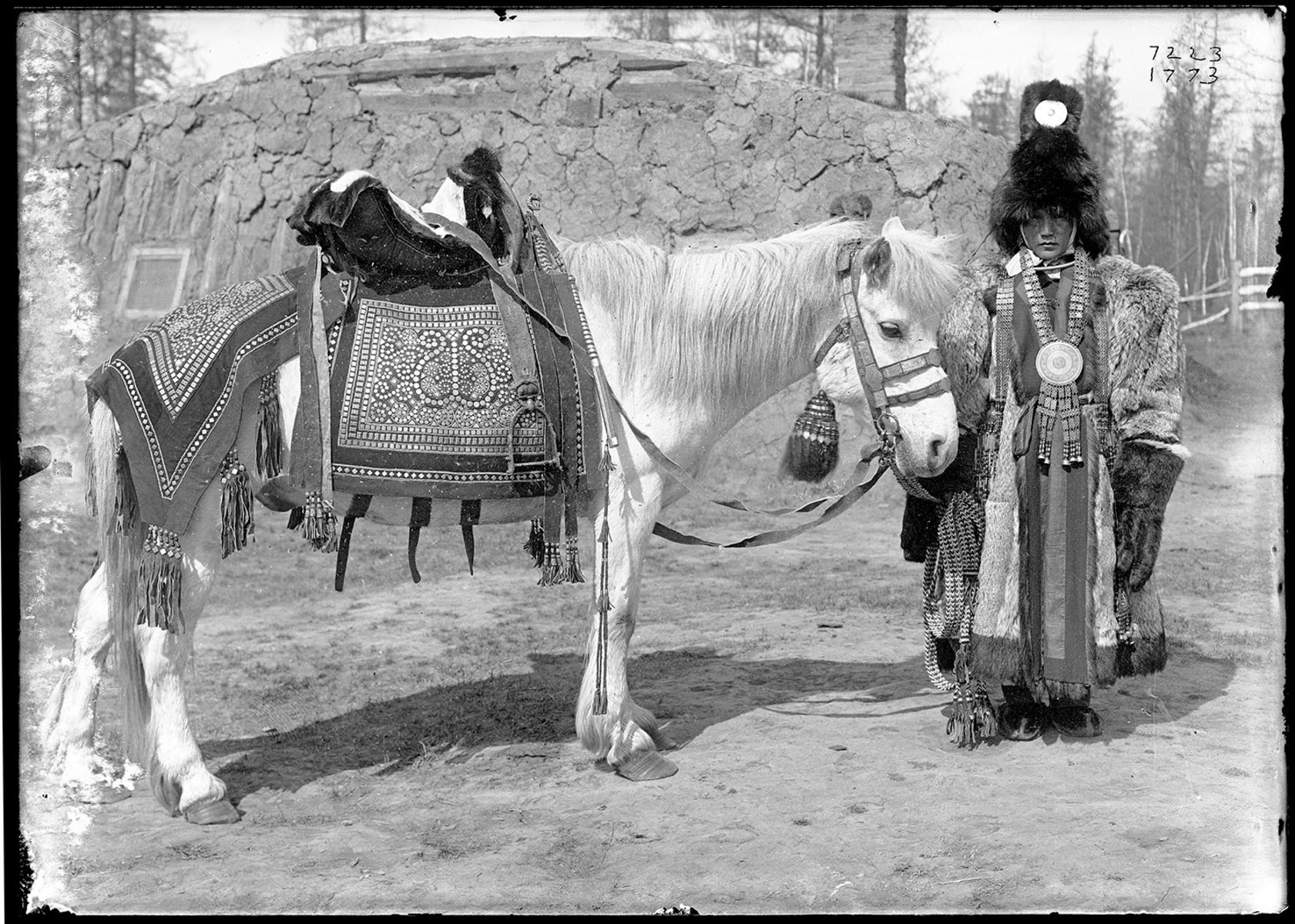 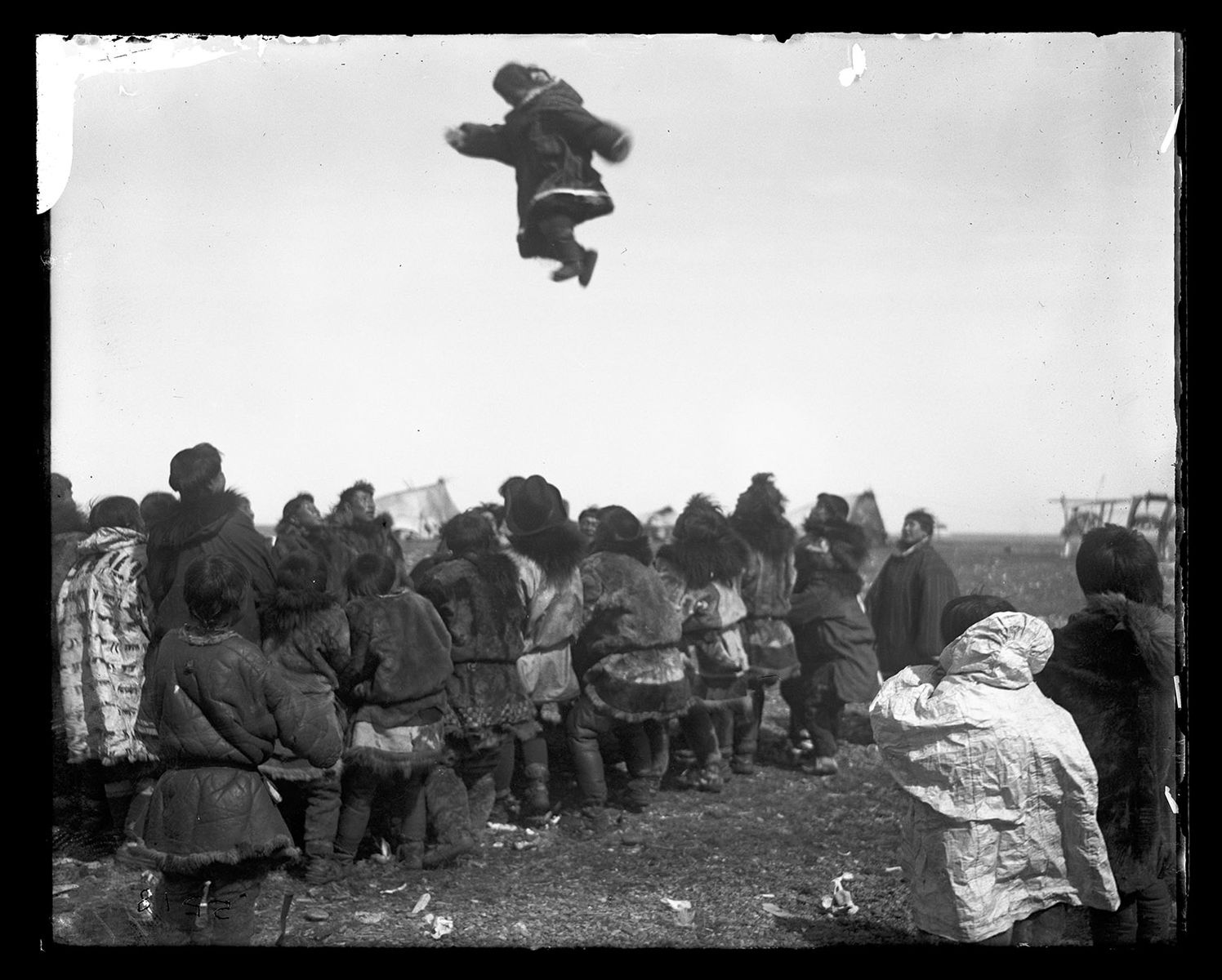 Tossing on Walrus-Hide, a Chukchi midsummer ceremony to ward off dangers from contagious diseases or to assuage violent tempests, 1900-1901. 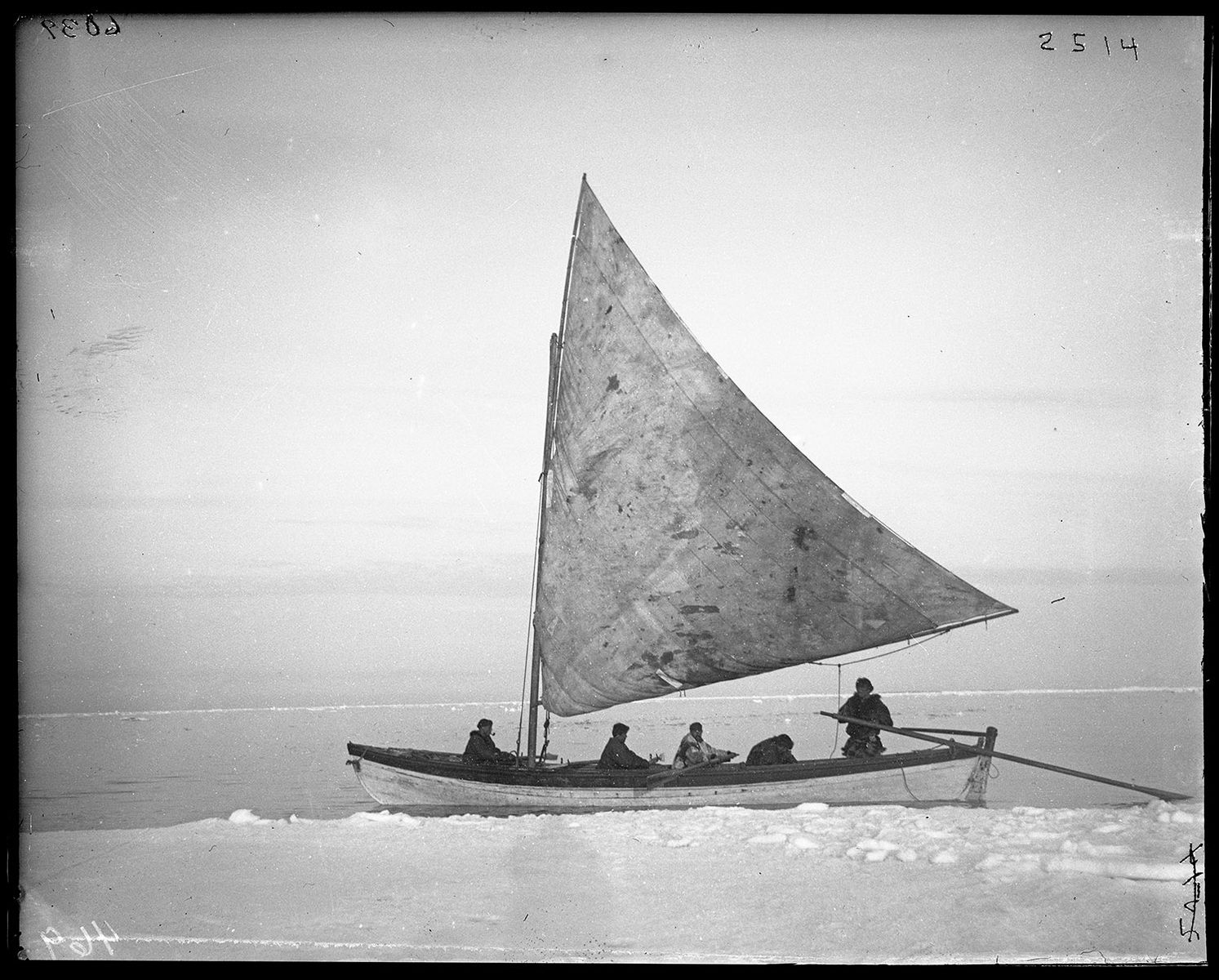 In addition to taking pictures, the expedition team observed social practices, made wax-cylinder recordings of folktales and songs, gathered word lists from the languages they encountered, and collected artifacts. Because many northern peoples had been decimated by disease and were under pressure to assimilate to societies, members of the expedition also believed that they were making a final record of vanishing cultures.

Ultimately, the expedition yielded some 3,000 images and more than 11,000 objects—many of which are now available for scholars and the general public to access online. “This is a part of the human story,” says Kendall. “These were people who left descendants, and this is their heritage. They have been asking, as people ask everywhere, ‘Who are we? Where did we come from?’ And the material in this collection is an important part of that story.”

What goes into preserving cultural artifacts?

See Episode 15: The Guts and Glory of Object Conservation