“By studying [volcanoes in space] we can start to answer questions about how planets formed and how life arose.”

For centuries, people wondered if there were volcanoes on the Moon.

When people looked at the Moon with telescopes, they saw, "Aha! There's these big round things."

At the time, it was not understood that impacts make craters that to the untrained eye might look like volcanoes.

The rocks that the Apollo astronauts brought back unlocked the secrets of the Moon. Turns out, they're a lot like the basaltic rocks that we'd find in Iceland, or in Hawaii.

Mars is distinctive in having the largest shield volcano complex in the Solar System, as far as we know. Olympus Mons is the highest volcanic edifice on any planet.

On the Earth, if you move a tectonic plate over a hot spot in the mantle, you will create volcanic eruptions that go in a line because there's a track of this hot spot as the plate moves over it. But If you have no plate tectonics and simply have a crust over a plume, for billions of years, you're going to build a large volcanic edifice. And that's what we think we see on Mars.

Mars's volcanoes have been quiet for a very long time, but it's a different story elsewhere in the Solar System.

So, the Voyager mission saw that there was something going on in the moons of Jupiter—a giant plume of material from an explosive volcano coming off of Io.

Jupiter creates tides in the interior of Io. And these tides actually move the rocks a little bit. Squeeze them. And create heat as a result. And that drives amazing volcanic activity.

The volcanic ejecta—that plume of material—some of it is interacting with the magnetic field of Jupiter and actually forms an electrically-charged cloud or a torus around Jupiter, which has trillions of watts of energy in it.

The volcanic features on Io have cool names like Pele and Prometheus, which come from mythological beings or locations associated with fire.

But on some worlds, volcanoes breathe ice instead of fire. Saturn's moon, Enceladus, is home to cryovolcanoes.

It's not the kind of volcanism that we see on the Earth. Cryovolcanoes are cold volcanoes. But even when things are cold, they can do phase changes if they get heated just a little bit from solid to liquid, or liquid to gas and when that happens you will have eruptive activity.

Enceladus has geyser activity where plumes of water, mostly water, are coming from underneath the icy surface erupting into space and freezing.

What's really exciting is the amount of energy and activity that go on in these worlds. These are not dead worlds. The geyser activity contains organic material that could contain evidence for microbial life on another body. That would be revolutionary.

What's really neat about meteorites is that they give us samples of other worlds.

This is a piece of rock delivered from a volcano millions of miles away. It fell in Brazil in 1957.

And it is full of these little tiny bubbles of gas. This is what happens in magmas. And this is a volcanic rock delivered to us from Vesta, the asteroid Vesta.

Vesta is special because it's like a micro-laboratory of planetary formation. Vesta, in miniature, is similar to the Earth in the sense that it has a core and a mantle.

By studying samples like this we can start to answer questions about how planets formed, and how life arose. Not just in this solar system, but perhaps elsewhere in the galaxy.

Volcanic eruptions are dramatic manifestations of our dynamic planet. But Earth’s volcanoes are not the only ones in the universe. If you think Mt. Vesuvius and Kilauea are spectacular, wait until you meet some of their incredible extraterrestrial counterparts. 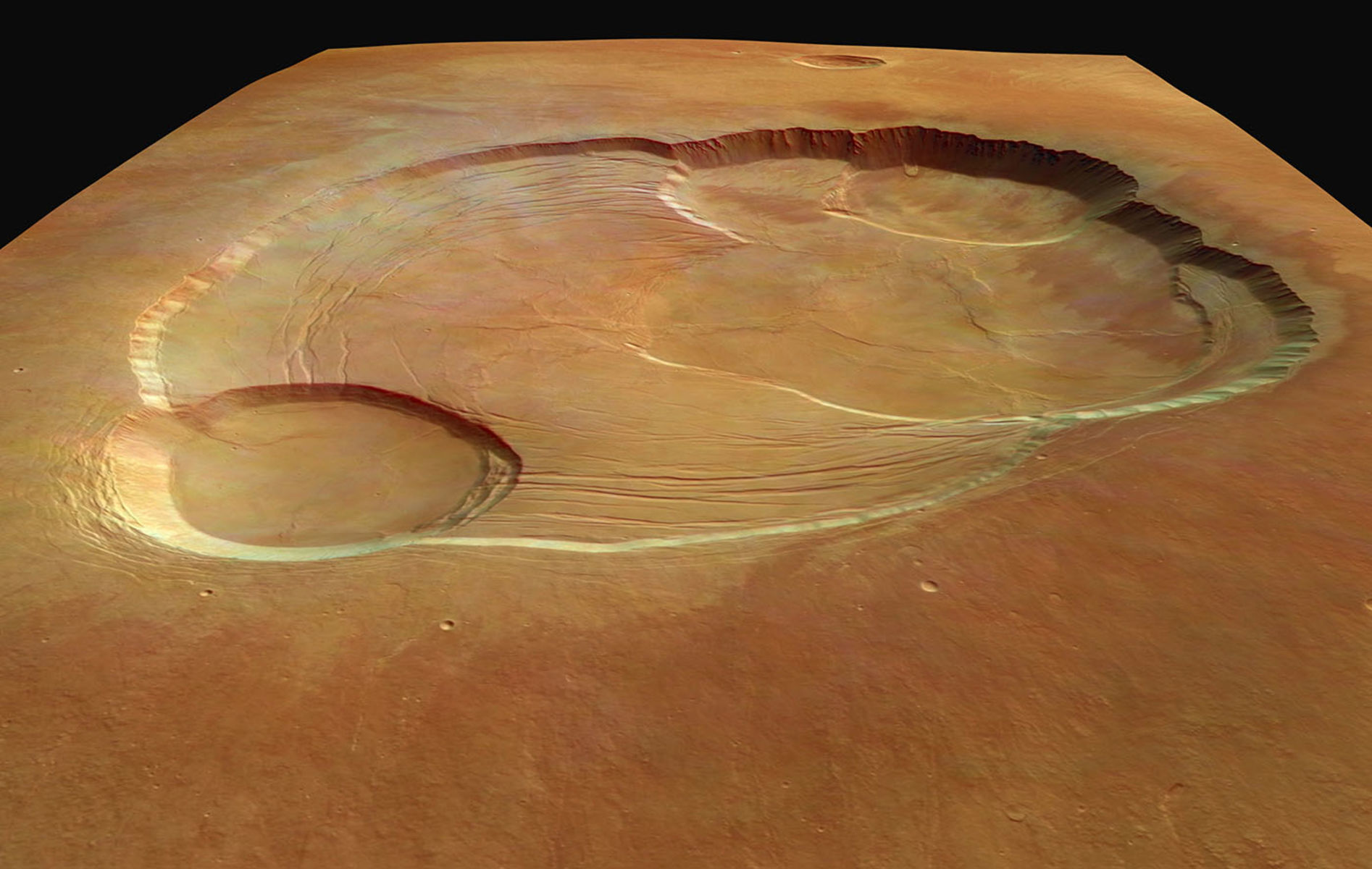 The caldera, or volcanic crater, of Mars' Olympus Mons volcano. 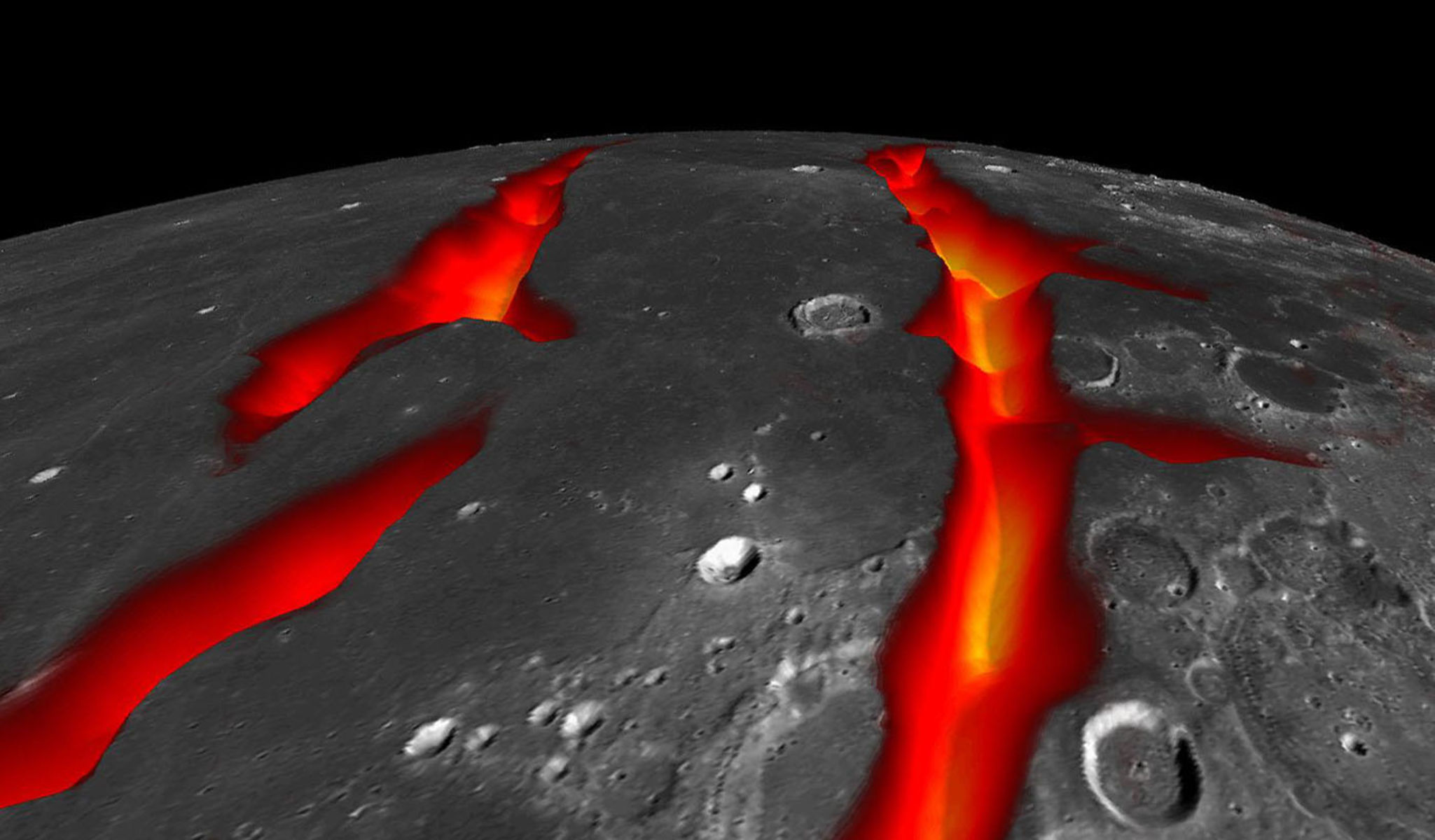 An artist’s concept of the Moon's ancient, active volcanic surface, looking south across Oceanus Procellarum—the giant basin known as the “man-in-the-moon”. The lunar plain is bordered by rift valleys that are now buried beneath the Moon’s surface but were once filled with lava. 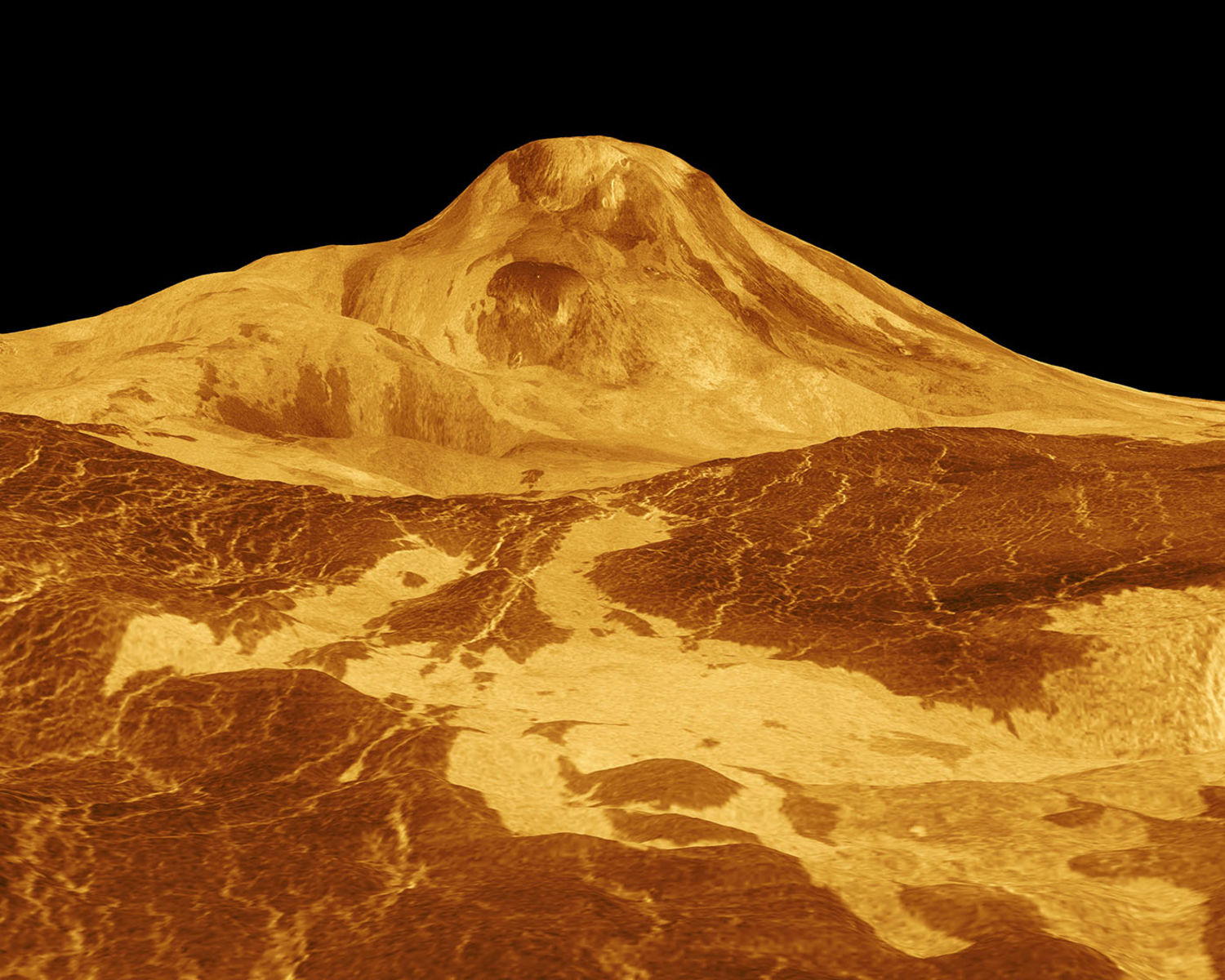 Maat Mons towers above the surface of Venus at about 8 kilometers high (5 miles). The Venusian volcano is named for the Egyptian goddess of truth and justice. 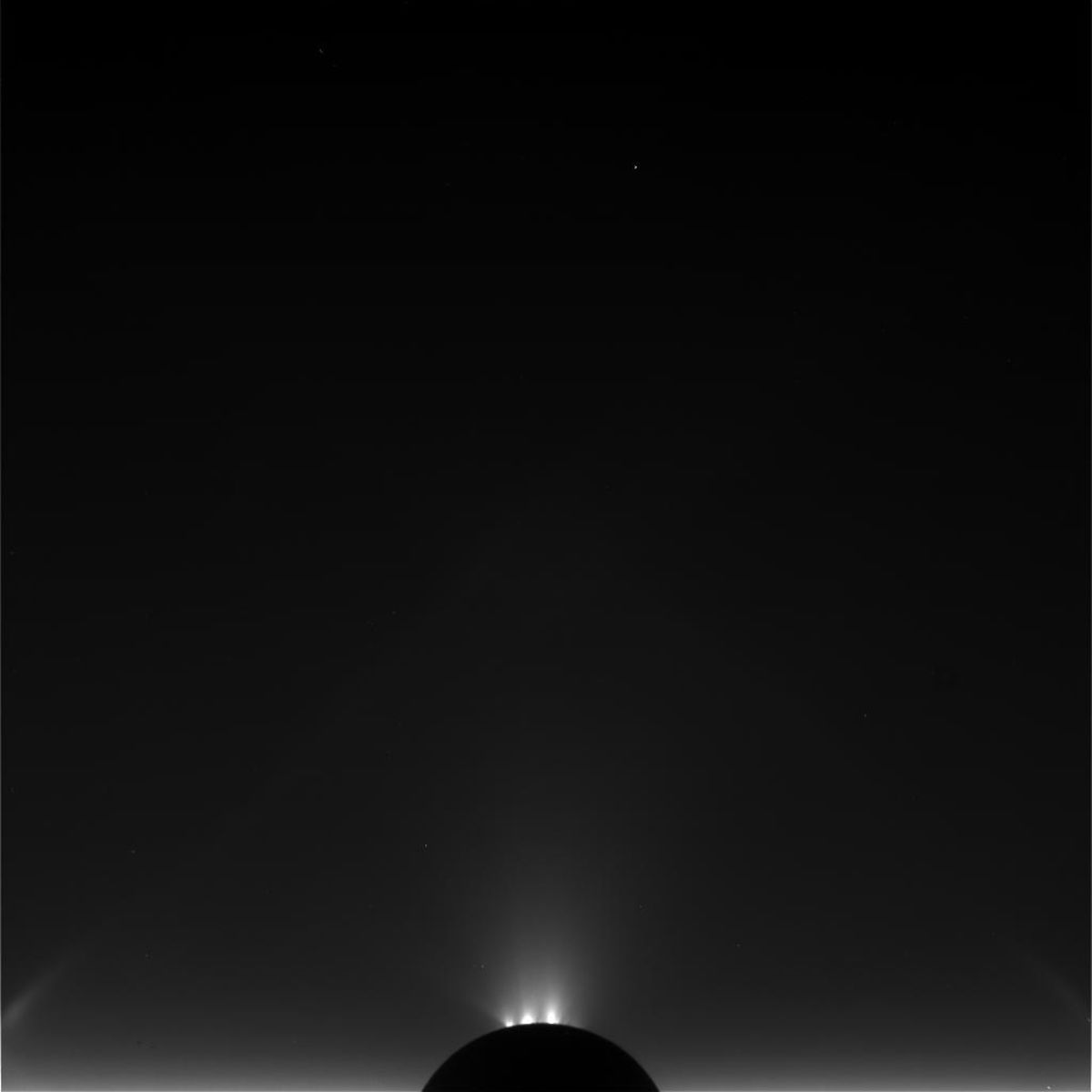 Saturn’s moon Enceladus captured by the Cassini spacecraft. The cold jets spewing from the southern polar region are known as cryovolcanoes. 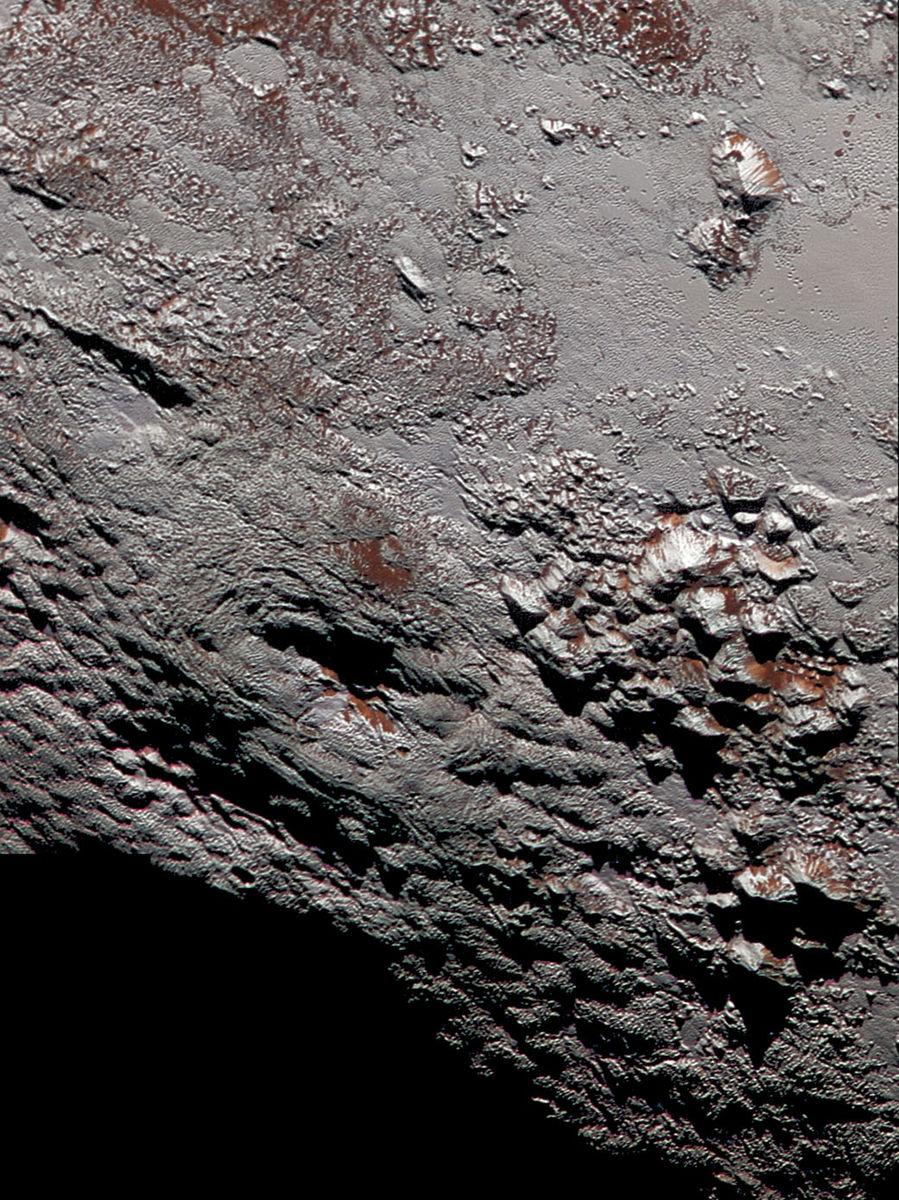 “Anywhere we have gases that can expand, we can have a form of volcanism,” says Denton Ebel, curator in the Museum’s Division of Physical Sciences. By studying extraterrestrial volcanoes through spacecraft-collected data, Moon rocks, and meteorites, researchers are piecing together a dynamic story about how planets form and even finding clues to how life arose on Earth.

From the familiar-looking lava flows of fiery eruptions on Jupiter’s moon Io, to the strikingly bizarre freezing cryovolcanoes erupting near the South Pole of Saturn’s moon Enceladus, Ebel takes us on a virtual expedition through some of the solar system’s most captivating volcanoes.

in Volcanoes, From Field to Lab.