Shelf Life Count on It

Every ten years, the United States Census takes a snapshot of the country’s population, offering a look at how things are changing and providing insights into the state of the nation. And every winter since 1998, researchers including Museum scientist Felicity Arengo have traveled to several sites throughout South America to do the same for flamingos. Granted, Arengo’s work doesn’t find her knocking on doors and asking questions about home occupancy, but at heart, the flamingo census serves many of the same purposes as the one conducted by Uncle Sam.

During the annual flamingo count, Arengo, who is the associate director of the Museum’s Center for Biodiversity and Conservation (CBC), and a team of scientists and volunteers travel to numerous points in Argentina, Bolivia, Chile, and Peru to find out everything they can about South America’s flamingo populations. This bird census helps to track how populations of these iconic wading birds move around the continent’s wetlands from year to year, as well as to document what the makeup of those groups—many of which include multiple species of flamingo—looks like.

Populations can fluctuate from year to year at flamingo habitats like Argentina’s Laguna Negra, pictured here.

The annual data they gather is a valuable source of information for conservation biologists looking to protect flamingo habitats. More often these days, the briny lagoons and salt lakes flamingos favor also support human activity like mining. Census data—especially data that goes back decades—is an ever-more important means of understanding the consequences of increasing human activity on wildlife populations.

Revisiting the same areas over a long span of time is hugely important to scientists, and especially to conservation biologists, who need to know what populations once looked like to understand how they are changing. When counting flamingos, who can be pretty fickle when it comes to choosing a habitat, returning to the same locations year after year is even more critical.

“Because these lakes are shallow, there can be a lot of fluctuation in the depth and amount of water, which means the birds move from one site to another,” Arengo says. “One year, you’ll find thousands of flamingos at a site, the next year you might find hundreds. Or you might not find any.”

Arengo’s body of data is more than just estimates of flamingo populations. The team also gathers samples and habitat data, resulting in a database of environmental information about the region stretching back to the late 1990s. With lithium mining, which fuels production of lithium-ion batteries for gadgets used all over the world, now booming near several flamingo habitats, the dossier Arengo and colleagues have compiled over the decades is poised to become an important reference point for habitat quality. 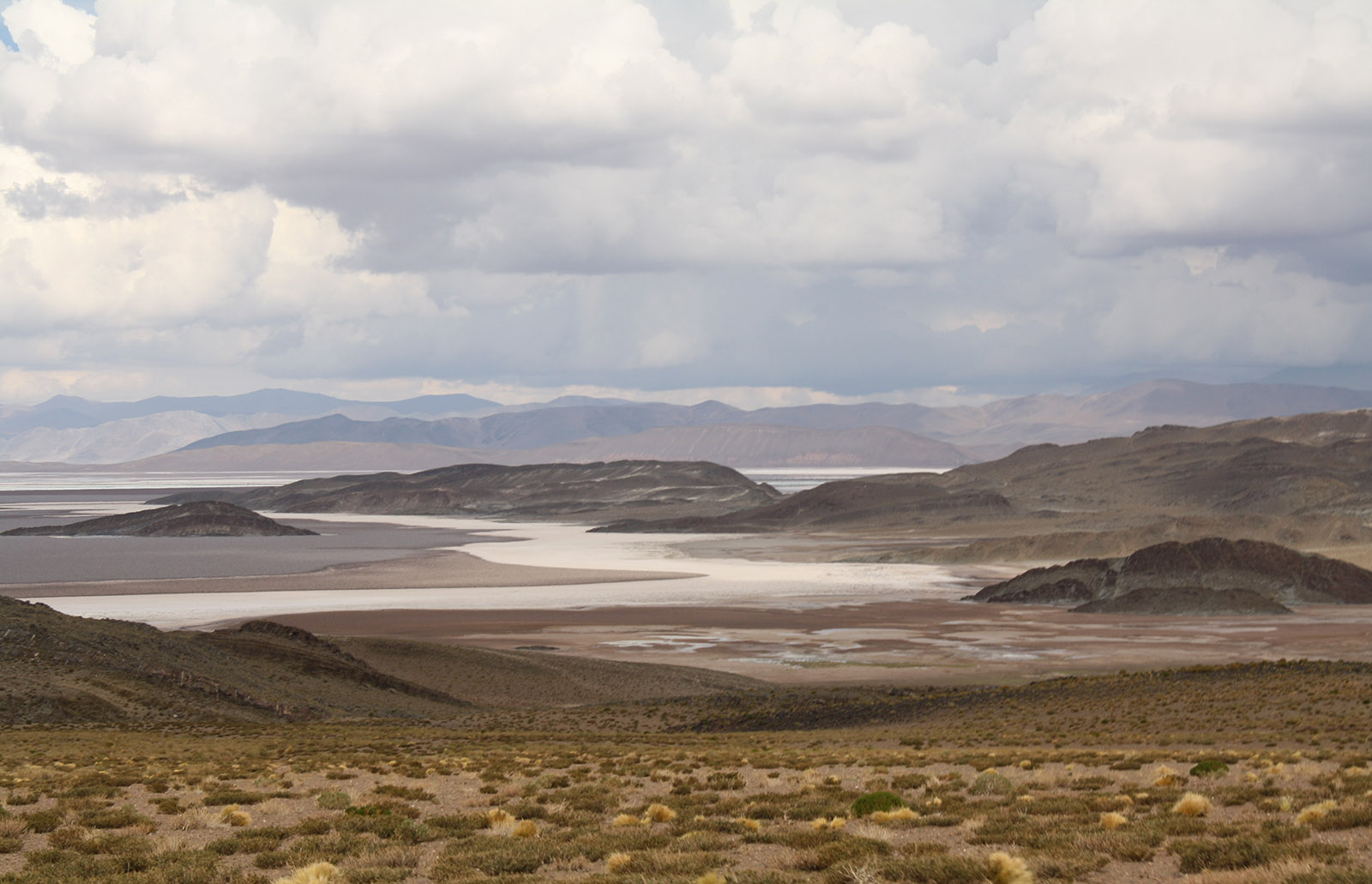 The salt lake Salar de Hombre Muerto is a known flamingo habitat, as well as home to Argentina’s oldest lithium mine.

The salt lake Salar de Hombre Muerto is a known flamingo habitat, as well as home to Argentina’s oldest lithium mine.

Keeping track of flamingo movements over years, and even decades, ensures that researchers’ observations and conclusions about flamingo populations aren’t thrown by outlier data. Instead, the annual census produces foundational data from a rigorous count that’s been reliably assembled over many years.

Gathering data isn’t the only reason to make regular visits to one place. For conservation biologists like Arengo, building lasting relationships with local partners can be just as important. 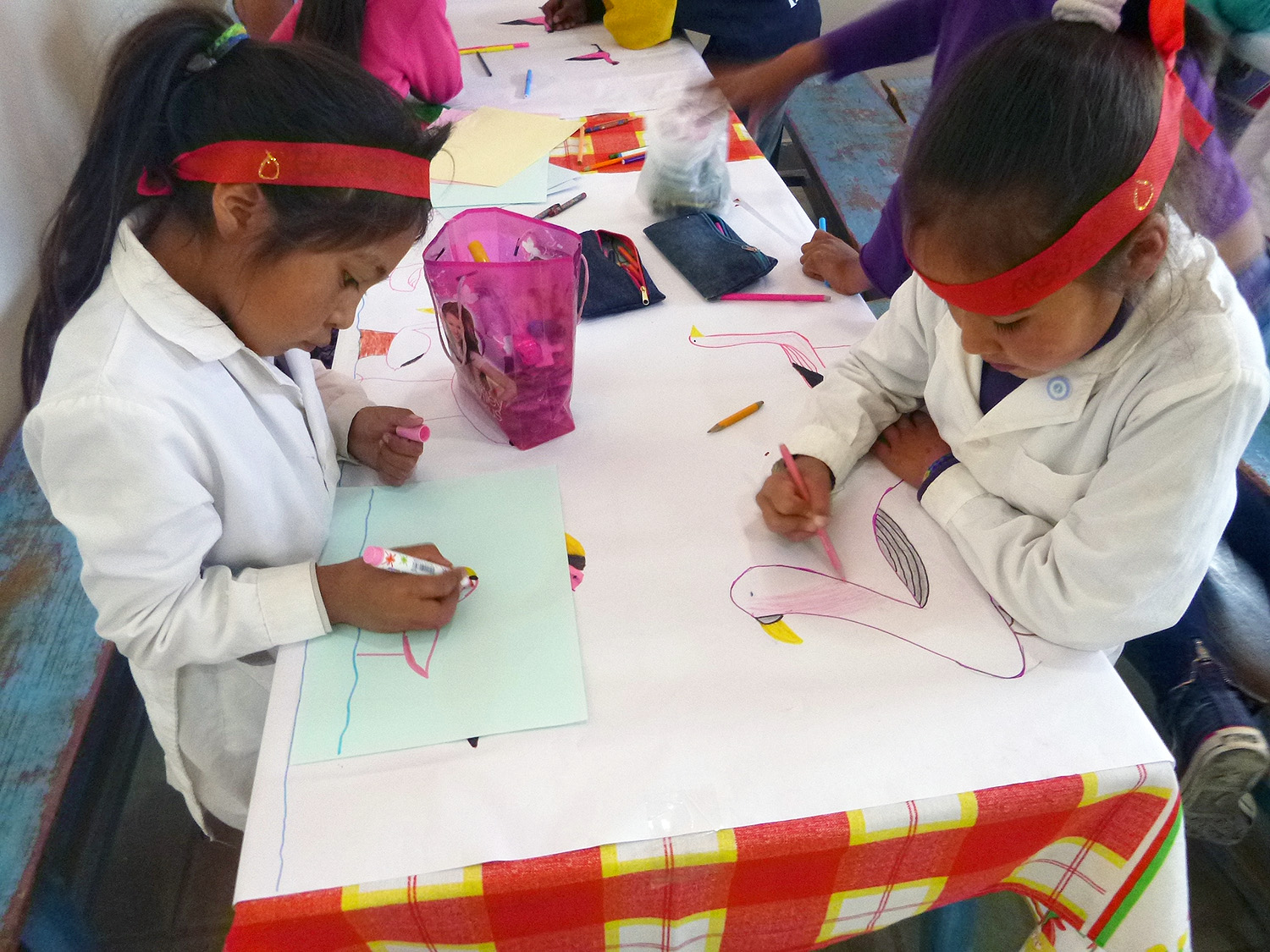 “You can’t underestimate the value of showing up and regularly working with local folks, sharing knowledge and working together in the field,” says Arengo. “We’re doing not only ecological monitoring, but we’re very engaged in these communities.”

In recent years, the flamingo census teams have worked with teachers to develop educational materials about nearby wetlands, and to train community monitors. The friends and allies Arengo and her colleagues have made over the years also act as eyes on the ground when she and her team can’t be there, reporting news on flamingo populations.

Over the course of nearly two decades, the way Arengo and her colleagues study flamingos has been transformed as well—most recently, by some new technology that’s allowed them to conduct their work from an entirely new vantage point.

“A lot the lakes we’re surveying have lots of inlets and coves, or are just very expansive, and it’s hard to get an idea of how many birds we are seeing, especially at ground level,” Arengo says. “Drones are very promising, giving us a new perspective from which we can get a lot more information.” 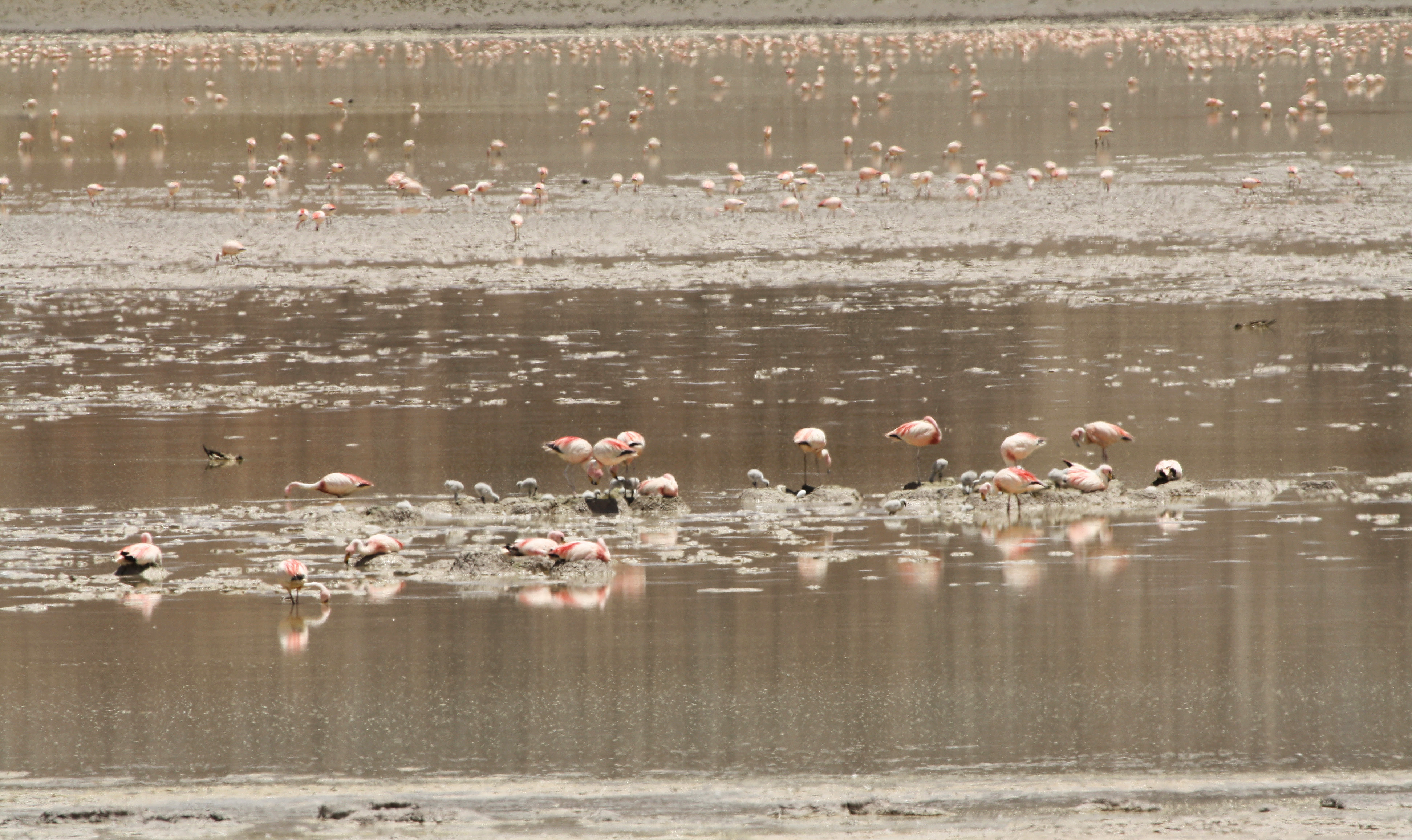 It can be difficult to accurately count flamingos, as this photo from a nesting site at Laguna Grande in Peru demonstrates.

Getting new insights on bird populations isn’t the only reason to survey flamingos from a bird’s-eye—well, a drone’s-eye, view. The data gathered from this new angle could also help to make the work of counting those birds, which can number in the thousands at a given site, more accurate. The footage below, of a breeding colony of Chilean Flamingos, was taken with a drone camera in southern Argentina and provides more details about bird behavior in addition to a more accurate population count.

One day, it could also make that counting less tedious for human volunteers. When she returns from the field this February, Arengo hopes to share some of her drone footage with CBC colleagues working in machine learning. The images she captures on this trip will still be counted manually, as the resolution will probably be too low for artificial intelligence software to tell where one flamingo stops and the next begins. But it will also be used to develop methods for machines to identify and count from digital images counted by machines, advances that could well serve Arengo and other flamingo census takers a few years down the line.

Check out Episode 14: Into the Island of Bats.